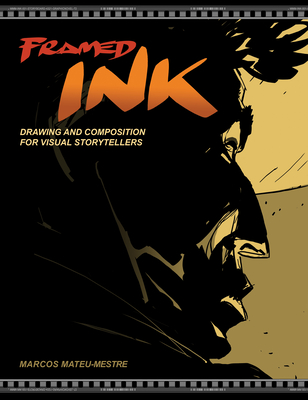 The ultimate guide to visual storytelling How to make the audience ""feel"" the story while they are ""reading"" the story. Using his experiences from working in the comic book industry, movie studios and teaching, Marcos introduces the reader to a step-by-step system that will create the most successful storyboards and graphics for the best visual communication.

After a brief discussion on narrative art, Marcos introduces us to drawing and composing a single image, to composing steady shots to drawing to compose for continuity between all the shots. These lessons are then applied to three diverse story lines - a train accident, a cowboy tale and bikers approaching a mysterious house.

In addition to setting up the shots, he also explains and illustrates visual character development, emotive stances and expressions along with development of the environmental setting to fully develop the visual narrative.

Spanish born Marcos Mateu-Mestre is a visual concept, traditional animation layout, and graphic novel artist whose film credits include titles such as 'Balto', 'The Prince of Egypt', 'Asterix and the Vikings' and 'Surf's Up' amongst others. With an extensive experience of twenty years in feature animation, working mainly for Dreamworks and Sony Pictures, he has also been teaching drawing, illustration and visual storytelling techniques for twelve years. His works as a film maker have mostly included both the design and cinematic aspects of film, taking care of frame composition, lighting and visual continuity of many key sequences in some major productions.

With Framed Ink, Marcos Mateu distills his twenty-plus year career in feature animation into a clear, practical manual on the language of images. Marcos has a special eye for composition, lighting, and continuity that creates a tangible sense of mood and drama in all of his work.

There are some people who draw in a way that looks like they load their pens with pure liquified fun. Concept artist Marcos Mateu has a wonderful character of line and a jaunty, casual style that makes it look like the lines danced out and created the image of their own accord. His loose, relaxed application of color, which careens between brilliant lights and rich, atmospheric darks, just adds to the visual treat. Mateus drawings have just the right touch of exaggeration to give them extra visual appeal; lines are given an extra spring, forms bent out just a bit, and figures swirled into motion in a way that gives everything a sense of verve and life. - Charley Parker