The Iliad and the Odyssey (Paperback) 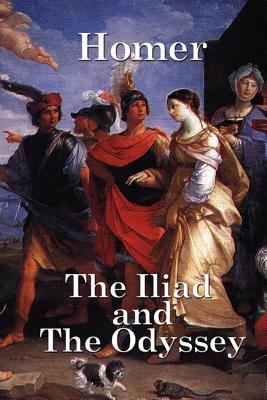 The Iliad: Join Achilles at the Gates of Troy as he slays Hector to Avenge the death of Patroclus. Here is a story of love and war, hope and despair, and honor and glory. The recent major motion picture Helen of Troy staring Brad Pitt proves that this epic is as relevant today as it was twenty five hundred years ago when it was first written. So journey back to the Trojan War with Homer and relive the grandest adventure of all times.

The Odyssey: Journey with Ulysses as he battles to bring his victorious, but decimated, troops home from the Trojan War, dogged by the wrath of the god Poseidon at every turn. Having been away for twenty years, little does he know what awaits him when he finally makes his way home. These two books are some of the most import books in the literary cannon, having influenced virtually every adventure tale ever told. And yet they are still accessible and immediate and now you can have both in one binding.