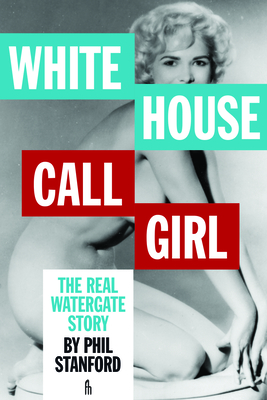 Ex-stripper Heidi Rikan was working for the mob in Washington, DC. White House Call Girl tells how a call girl operation she was running at the time led to the Watergate break-in, which brought down Tricky Dick Nixon himself.

Needless to say, this is not part of the usual Watergate story that has come down to us over the decades. It is also only fair to point out that this version of the story might be dismissed out of hand as being dangerous revisionist history. If you're not careful, you might end up being called a conspiracy theorist.

You can also be called crazy--which is what happened to a young lawyer named Phillip Bailley, one of the principal witnesses to this ignored bit of American history. When he was foolish enough to blow the whistle on Rikan and her call girl ring, he was locked up at St. Elizabeth's, the District of Columbia's mental hospital, in the ward for the criminally insane.

For forty years we've only heard the Bob Woodward and Carl Bernstein perspective on Watergate. Now we've got the photographs for the revisionist model. What's more, we've got Heidi's little black book.

White House Call Girl was published last season in an eBook edition only. The paperback edition includes new information on the murder of call girl--and playmate of Vice President Spiro Agnew--Pat Adams. With the help of newly-released FBI documents, we fill in more of the blanks in this long-suppressed story.

Phil Stanford is a true crime writer with a special interest in political corruption. White House Call Girl is his fifth book. His book Portland Confidential won the Independent Publisher's "Best True Crime" in 2005. His work has appeared in the New York Times Magazine, the Washington Post Magazine, the Washingtonian, Rolling Stone, and Columbia Journalism Review. He has worked as a magazine editor and a licensed private investigator, and was a columnist for the Oregonian and the Portland Tribune.