Wrath of the Lion (Paperback) 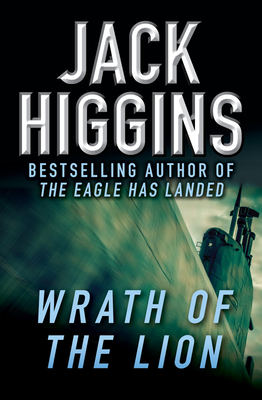 The hunt is on for a submarine prowling the English Channel in this undersea thriller from the New York Times-bestselling author of Rain on the Dead. In the waters off the French coast, a predator is on the loose. The French submarine L'Alouette has come under the control of the OAS--an ultranationalist group dedicated to maintaining France's dominion in Algeria. They have been wreaking havoc in the Channel's shipping lanes--including the cold-blooded murder of a prosecutor who put several of the group's comrades in prison. Former SAS soldier Neil Mallory is sent by British Intelligence to join with a French agent based in the Channel Islands. But even on the sparsely populated isle of St. Pierre, it seems their mission is being confounded by someone who knows their next move before they even think of it. And time is running short. Because the madmen aboard the L'Alouette are changing their course away from mere piracy and chaos toward something far worse. With the worldwide success of The Eagle Has Landed, Jack Higgins established himself as a true master of the modern thriller--and after decades in the game, his novels continue to electrify countless fans around the world.

Jack Higgins is the New York Times-bestselling author of more than seventy thrillers that have sold over 250 million copies worldwide, including The Eagle Has Landed and The Wolf at the Door. Before beginning his writing career, Higgins served in the British Army along the East German border. He lives in the Channel Islands.