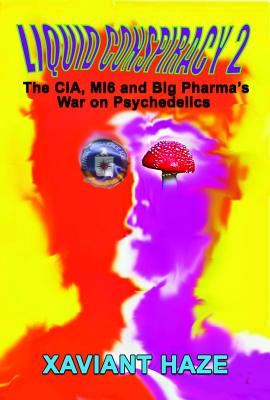 Underground author Xaviant Haze tackles the psychedelic underground and delves into the actions of the CIA and British Intelligence, with their mind control experiments and use of drugs such as LSD. Haze explores the pioneers of pyschodelia and the role of British Intelligence in spreading the use of LSD within the music industry. He looks into the CIA and its use of LSD as a mind control drug; at one point every CIA officer had to take the drug and endure mind control tests and interrogations to see if the drug worked as a truth serum. He looks into other truth serum drugs at the disposal of intelligence agencies such as scapolamine and asks: Why waterboarding? He looks at Big Pharma's war on psychedelics and the healing powers that these drugs have. It's a tour de force in search of the liquid conspiracy that still trickles down the alleyways. This is your government on drugs. Chapters include: The Pioneers of Psychedelia; The United Kingdom Mellows Out: The MI5, MDMA and LSD; Taking it to the Streets: LSD becomes Acid; Great Works of Art Inspired and Influenced by Acid; Scapolamine: The CIA's Ultimate Truth Serum; Mind Control, the Death of Music and the Meltdown of the Masses; Big Pharma's War on Psychedelics; The Healing Powers of Psychedelic Medicine; tons more.