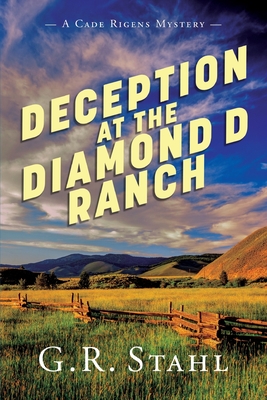 Ranger Cade Rigens is working to establish the nation's newest national park in one of the most rugged and remote parts of the American West. On the cusp of a history-making public hearing, the park's most vocal opponent comes to Cade with news about a young man who went missing doing research in the mountains. Venturing into the wilderness with a political adversary as his guide is the least of Cade's problems. As he struggles to uncover what happened, he gets the attention of militant activists who stymie his progress and threaten his safety. As he gets close to unraveling it all, he discovers at the center a mystery as old as the region's settlement. Deception at the Diamond D Ranch is grounded in present-day political tensions about federal land in the West. It also draws on the story and heritage of Basques who moved to the West at the turn of the twentieth century to work as miners and sheep herders. Basque language, dance, traditions and stories dating to 6000 BC are thriving in the Intermountain West, and the central riddle in Deception at the Diamond D Ranch hinges on the lore and legends of this vibrant and influential heritage.