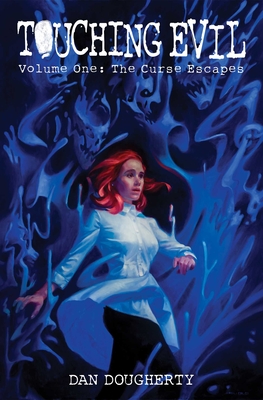 Ada Mansfield has been cursed.  She kills anyone she touches.  If they deserve it.

Collecting the first story arc of the series, Touching Evil: The Curse Escapes follows Ada Mansfield, an ordinary woman with an extraordinary curse. She can kill anyone she touches... if they're evil. Collects issues #1-7.

Dan Dougherty is an award-winning writer and illustrator of comics and children's books. His comic Beardo is a slice-of-life autobiographical comedy that has been featured on the Huffington Post, Upworthy and several parenting websites. Through Source Point Press he has published two of his most successful ongoing comic series; the supernatural thriller Touching Evil and the absurdist comedy Floppy Cop (with co-creator Seth Damoose).

His frequent collaborations with author DJ Corchin have yielded 11 children's books, all of which were acquired by Sourcebooks for publication. In 2020 they debuted their partnership with A Thousand No's, which rose to number one on the Barnes & Noble children's books list and enjoyed critical and commercial success. Their next release Do You Speak Fish? is set to be released in summer 2021.