Wings of the Wasp (Paperback) 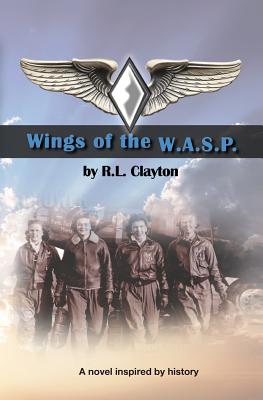 Wings of the WASP

Desperate for pilots to fight overseas in World War 2, the Women Airforce Service Pilots (WASP) was formed and volunteered to take over domestic military flying duties. Not everyone was pleased to see women enter into this man's world.

In 1943 at a base near Tucson, Arizona, aircraft mechanic Sergeant Joe Clark was ordered to create an 'incident' to discredit a WASP. The minor incident went awry, killing the woman pilot, driving Joe to despair. Joe was transferred to a remote base in Alaska to keep him quiet for the duration of the war.

Returning and meeting up with Dawn Dunham, a WASP he met in Marana, they decided to expose the campaign of sabotage. After perpetrators discovered their efforts, Dawn was murdered. The hunt was on for Joe.

After forty years in hiding, eighty-year-old Joe returns to Tucson. The nightmares are back, and he confesses to another WASP, Sylvia James. They resolve to expose this plot and those responsible.