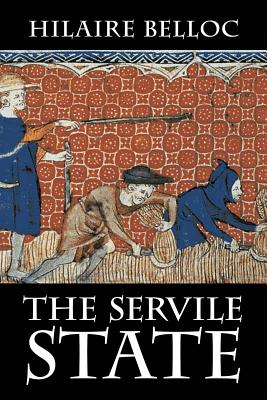 In his treatise on European economic history (The Servile State, 1912) Hilaire Belloc explores the many failings of the Capitalist system. He explains that Capitalism emerged from the English Reformation, reached its present form during England's Industrial Revolution, and from there was exported to the rest of the world.

Belloc also suggests that Capitalism has supplanted another, earlier system, one that had developed throughout Catholic Europe, a system he and his good friend G.K. Chesterton referred to as "Distributism."

"Property was an institution native to the State and enjoyed by the great mass of its citizens. Co-operative institutions, voluntary regulations of labour, restricted the completely independent use of property by its owners only in order to keep that institution intact and to prevent the absorption of small property by great."

"This excellent state of affairs which we had reached after many centuries of Christian development, and in which the old institution of slavery had been finally eliminated from Christendom, did not everywhere survive. In England in particular it was ruined."