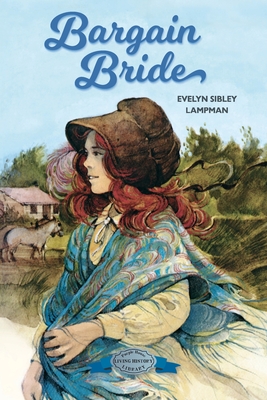 To Ginny, almost anything would be better than living with the miserly, good-for-nothing, distant cousins who had claimed her and all she possessed when her parents had died of fever during the wagon-train journey to Oregon Territory.

At the age of ten they had married her off-for a very good price-to a much older farmer, because girls were in great demand since married men could take title to twice the amount of land the government allowed a bachelor. On her fifteenth birthday, kindly Mr. Mayhew came to claim his bride. Unfortunately, on that same day he had a stroke and Ginny, the young Widow Mayhew, was left in possession of his well-built house and flourishing farm.

This sometimes amusing and often touching story, in which Ginny learns to fend off a stream of suitors who have their eyes only on her rich farmland, gives a vivid sense of life as it was during a brief period in our history when marriage was often considered a practical necessity instead of an affair of the heart.