Israel Against All Odds: Anti-Semitism From Its Beginnings to the Holocaust Years (Jewish History #1) (Paperback) 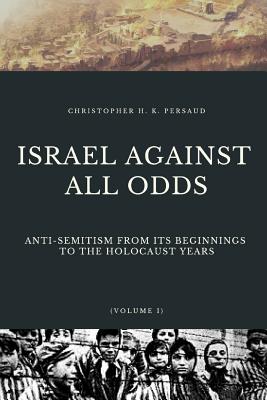 This is book number 1 in the Jewish History series.

Jews are indisputably the most persecuted people in the annals of history. At the source of Jew-hatred in its myriad forms is anti-Semitism, a sinister and vile mindset that has existed since Old Testament times or for thousands of years. Anti-Semites pervade social, religious, economic and political confines, even mainstream Christianity, and their dislike for people of Jewish ancestry often translate into mindless persecution and slaughter, such as the atrocities perpetrated by the Nazis and their collaborators during the Second World War in the mid-twentieth century whereby over six million Jews met their deaths in the Holocaust.Anti-Semitism, instead of diminishing after the horrors of World War II, showed no sign of decline, and it seems as though the entire world, with a few exceptions like the Jewish nation of Israel itself and the United States of America, is at loggerheads with Jews. Even international peacekeeping and monitoring organizations like the United Nations (and its numerous spinoff groups) are known to discriminate, sometimes barefacedly, against Jews and Israel. Middle Eastern Arabs and Muslims harbor intense loathing for Israel and Jews, and notwithstanding their occupancy of over ninety-nine percent of Middle Eastern territories, seek to covet the less than one percent of land in which Israelis reside-by any means necessary.Despite the seemingly insurmountable hardships and challenges Jews have faced throughout the centuries, they persist and even progress in today's societies. They leave their enemies awe-struck at their resilience and their will to survive. It seems as though Israel and Jew, in general, enjoy a kind of divine providence. ISRAEL and Jews around the world continue to stand tall today-against all odds.