The KGB and the Vatican: Secrets of the Mitrokhin Files (Paperback) 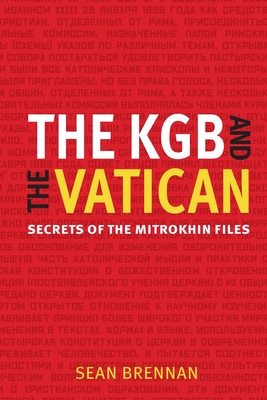 One of the greatest ironies of the history of Soviet rule is that, for an officially atheistic state, those in the political police and in the Politburo devoted an enormous amount of time and attention to the question of religion. The Soviet government's policies toward religious institutions in the USSR, and toward religious institutions in the non-Communist world, reflected this, especially when it came to the Vatican and Catholic Churches, both the Latin and Byzantine Rite, in Soviet territory. The KGB and the Vatican consists of the transcripts of KGB records concerning the policies of the Soviet secret police towards the Vatican and the Catholic Church in the Communist world, transcripts provided by KGB archivist and defector Vasili Mitrokhin, from the Second Vatican Council to the election of John Paul II. Among the topics covered include how the Soviet regime viewed the efforts of John XXIII and Paul VI of reaching out to eastern side of the Iron Curtain, the experience of the Roman Catholic Church in Lithuanian Soviet Socialist Republic and the underground Greek Catholic Church in the Ukrainian Soviet Socialist Republic, the religious underground in the key cities of Leningrad and Moscow, and finally the election of John Paul II and its effect on the tumultuous events in Poland in the late 1970s and early 1980s. This valuable primary source collection also contains a historical introduction written by the translator, Sean Brennan, a professor of History at the University of Scranton.