The Age of Dinosaurs in Virginia and Nearby States (Paperback) 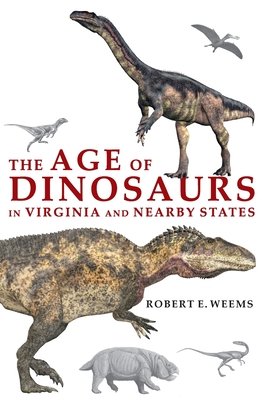 Although the fossil dinosaur deposits of the western United States are justly famous and widely appreciated, the fossil deposits of the eastern United States have received much less publicity. The Age of Dinosaurs in Virginia and Nearby States is intended to provide a detailed guide to the little publicized history of the age of dinosaurs from the perspective of the Mid-Atlantic states. This book focuses primarily on Virginia, but it also extensively covers the age of dinosaurs in North Carolina, Maryland, Delaware, southern Pennsylvania, and southern New Jersey. This has resulted in a more comprehensive view of the age of dinosaurs in the Mid-Atlantic region than has ever been previously attempted.﻿