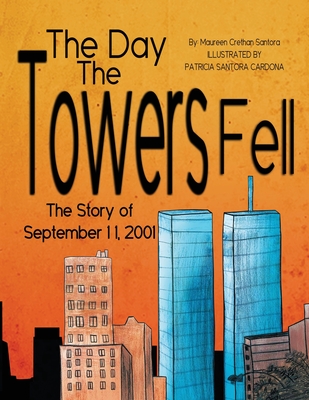 Maureen Crethan Santora began working in the New York City Public School System in 1967. She was an early childhood teacher for over 25 years. She took time off to raise her four children. Christopher, her only son, who entered the Fire Academy to become a fire fighter in January 2001 died a hero on September 11, 2001. She wrote this book to help young students understand this terrible event. She wanted children to know what hatred does. Maureen retired as a staff developer from PS 2, Queens in July 2001. Part of the proceeds of this book will be donated to the Christopher A Santora Educational Scholarship Fund. The fund provides scholarships and educational materials to schools. For further information about the Scholarship Fund go to www.ffchristophersantora.com

Patricia Santora Cardona graduated from Queens College as an Art Major. She began teaching in District 30, Queens as an Art Teacher. She transferred to the Firefighter Christopher A. Santora Early Childhood School in September 2002. The school is named after her brother Christopher A. Santora who died a hero on September 11, 2001. Patricia illustrated this book to help children understand what happened on September 11, 2001.