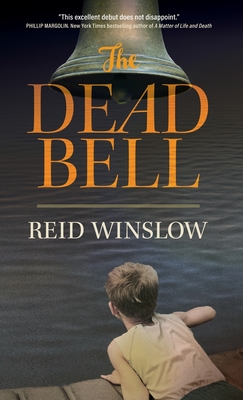 The sprinkler washed over the remains of Faith Wesley, one of Lake Forest's most prominent citizens, leaving few clues to go on-but the brutal murder of society's privileged requires rigorous investigation. Tom Edison is called in. While he needs to answer to his higher-ups, he also has to deal with a relationship in tatters . . . it's no wonder he falls prey to an illicit attraction to a close Wesley family friend. Haunted by demons of the past and unresolved challenges in his present, matters complicate further as he comes toe to toe with some of the most powerful people in Illinois and becomes the subject of an internal affairs investigation which reveals departmental corruption and an old unsolved murder case. In the process of his investigation, he uncovers truths about himself, his concept of justice and, ultimately, exhumes his own ghosts.

In a prior life, Reid Winslow was a prosecutor and trial attorney. A photographer and outdoorsman, he lives with his family in the beautiful Pacific Northwest.