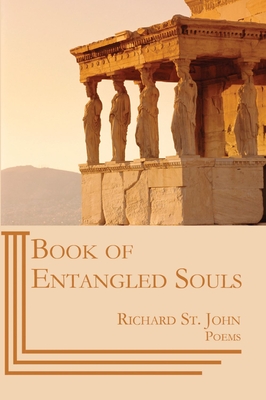 In his new poetry collection Richard St. John employs the concepts of entanglement and quantum physics to serve as suggestive metaphors for the complexities and interconnections of human and ecological relationships, but he also looks back to Donne who long before the physicists knew that no man is an island. St. John specifically references Donne's Holy Sonnet VII in his poem Souls, transforming his numberless infinities of souls into tourists like me visiting the poet's tomb at St. Paul's Cathedral. That's a deft trick, using souls in both the corporeal and spiritual senses, and a striking image that we are all souls who are tourists in life all of which demonstrates St. John's poetic mastery running throughout this volume. In these wide-ranging, empathetic poems, we encounter the quiet, less-heard presences of our world--as they worry, warn, suffer and hope--illuminating our shared connections and complicities, private entanglements, and the difficult boundaries we're called to cross. These gathered souls watch the glow as the city burns, yet, like charged particles in a quantum field, they--and all of us--emerge shimmering and radiant, perishing and irreducible.

Richard St. John's gorgeously musical poems ask us a vital question for our time and for our eternity: How can we better understand we are a world of entangled souls whose actions--large and small--shape the trajectory of all souls? In these vivid and graceful poems, we encounter the weary deli clerk, the urban gardener, the curmudgeonly neighbor, the Muslim man seeking asylum, the sister with Down Syndrome, and others. In the periphery, the sages hover, offering wisdom and reminding us we've been engaged in this questioning for a long, long time. St. John's inspired and wonderfully crafted words allow us to linger with these lives, to savor the beautiful and the difficult. Hold these lives, these poems, closely and often.--Nancy Krygowski author of The Woman in the Corner & Velocity

BOOK OF ENTANGLED SOULS is a pilgrim's progress through our harrowed world, a mapping of the ten thousand things in which the sacred and the profane go hand in hand. In landscapes and laments and remarkable elegies, the journeys among Third and Ancient Worlds where an F-16's sonic wake mars the air above barley-filled clay jars, St. John finds his 'fugue-like music / of entanglement.' The soul embodied in girders and tombs and begging cups, 'the old, brown-brick apartments . . . blazing in late winter sun: all the lives that ever lived there, / held and lit.' In the book's remarkably generous vision, 'There's fire all around us.'--Robert Gibb, author of The Origins of Evening, a National Poetry Series selection

Richard St. John declares that the souls in his newest collection are entangled. And when I first started reading, I thought that, yes, there is entanglement, here, so much experience, so much variety, but as I read and re-read, I found that the humanity that he so deftly exhibits in the poems does not lead to entanglement so much as it casts a wide net--I would say a vast net--of occasions and encounters, the underlying fabric of which is connectivity, a sense of shared humanity. St. John can talk with Blake and quarrel with Yeats and yet never leave his own ground of being, his friends, his loves, his family, his wandering. He is open. He watches. He listens. He attends. He moves in a rich and varied world, and it is our good luck that he carries us with him.--Frank X. Gaspar, author of Late Rapturous