I Once Was Lost (Paperback) 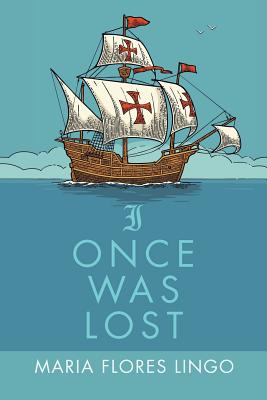 Maria Flores Lingo is a first-generation Puerto Rican American. She was born and raised in New York City to uneducated parents. She surprised her family by going to college. She was told to major in bilingual education. Instead, she received a Bachelor of Arts degree in English Literature with a minor in Education at Queens College, City University of New York. While living in Southern California, she was asked to teach elementary school instead of high school. Elementary education introduced her to English Language Learners and childrens books. Her love of teaching young children, and reading to them helped her to receive the California Distinguished School Teacher Award. Another providential move took her to Naples, Florida. Mrs. Lingo continued working with elementary students. She had the opportunity of teaching children from many different countries; especially, Latin America. (At one time, almost 10 different Latin American Countries were represented by first generation American children in her class.) Although young, the students interests in each other sparked an investigation on Why Over 30 Countries Speak Spanish. It was then that Mrs. Lingo developed her interest in Colonial Spain, the Colombian Exchange and the Caribbean. To her surprise, in 2010 the Foundation for Excellence in Education and its chairman (Governor Jeb Bush) awarded Maria Lingo the Excel Award. She was one of the top 100 teachers in Florida, whose students made remarkable gains in the Florida Comprehensive Assessment Test. In her fifties, she was moved to acquire her Masters in Reading Education. Then she was driven to write. Her first book (I Once Was Lost) is a culmination of her loves: Christianity, history, teaching and writing.