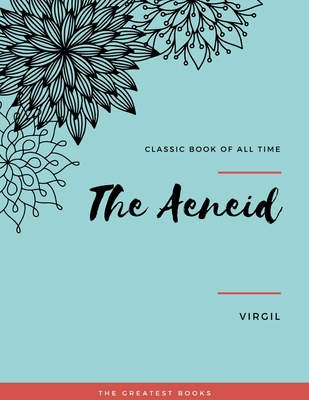 The Aeneid This edition of Virgil's famed epic poem, which chronicles the journeys and adventures of the Spartan Aeneas, features the respected translation of J.W. Mackail. In the poem, we first hear a retelling of Aeneas exploits in Troy. After he concludes these battles, he makes it way across Greece, Sicily and even the Underworld, encountering all manner of adventures along the way. His daring treks across Europe eventually result in Aeneas bringing a large cohort of his fellow Trojans to settle in Italy where they engage in war. It is here that Aeneas encounters his final nemesis, Turnus, whereby his adventures crescendo to their final conclusion. A classic of Roman literature, The Aeneid explains how Aeneas became the genetic progeny of the Roman Empire. Bravery and martial prowess were characteristics prized by Ancient Rome, and it is in the Aeneid that the profound admiration for aspects of fighting prowess first displayed in Greece are expressed. The poem itself builds upon Aeneas' existing reputation as a mythical hero - first appearing in Homer's Iliad as a fighter in the Trojan War, his character and exploits are greatly expanded by Virgil. By connecting the myth of Troy to Rome by way of Aeneas journeying to the latter, Virgil intent was the glorify both civilisations. The tone of the poem however has scholars divided: despite its ostensible purpose as a celebrating epic, the poem is perceived as critical of the ruling Augustan regime in Rome.