The Principles of Political Economy (Paperback) 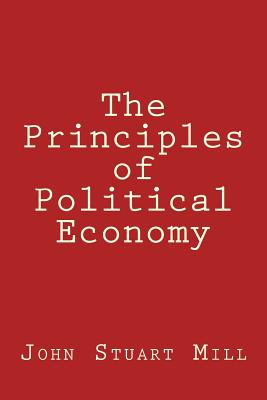 The standard economics textbook for more than a generation, John Stuart Mill's Principles of Political Economy (1848) was really as much a synthesis of his predecessors' ideas as it was an original economic treatise. Heavily influenced by the work of David Ricardo, and also taking ideas from Adam Smith and Thomas Malthus, Mill systematically demonstrated how important economic concepts could be applied to real-world situations. In his emphasis on realism, Mill thus took economics out of the realm of the abstract and placed it squarely within the context of society. For instance, he made a convincing case that wages, rent, and profit are not necessarily the expression of immutable laws that are independent of society. Rather, they are in actuality the results of social institutions and as such can be changed if the members of a society move to break traditional institutional habits. Reflecting his utilitarian social philosophy, Mill suggested that social improvements are always possible. He thus proposed modifying a purely laissez faire system, advocating trade protectionism and regulation of employees' work hours for the benefit of domestic industries and workers' well-being. In such features he displayed a leaning toward socialism. In summing up his objective for this massive work, Mill said later in his Autobiography (1873) that he wished "to unite the greatest individual liberty of action, with a common ownership in the raw material of the globe, and an equal participation of all in the benefits of combined labour." For anyone with an interest in the history of economics or the history of ideas, this landmark work of classical economics makes for stimulating and in many respects still very relevant reading.