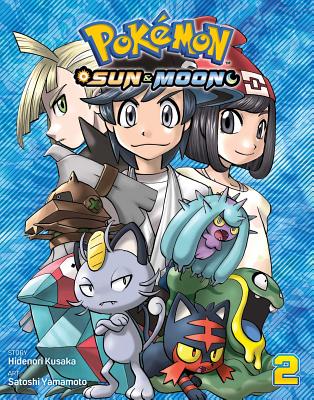 This is book number 2 in the Pokémon: Sun & Moon series.

Although Sun and Moon didn’t plan to participate in the Full Power Tournament to win the island challenge amulet, both of them end up competing…for different reasons. Trouble arises when the leader of Team Skull, Guzma, signs up to punish Sun for defeating some of his grunts before the competition even starts…!