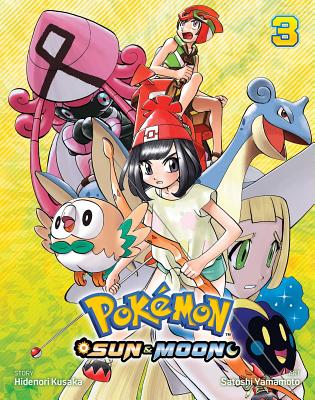 This is book number 3 in the Pokémon: Sun & Moon series.

In hopes of earning the right to compete to win the prestigious island challenge amulet, Sun and Moon set off for Akala Island to have their Trainer skills tested by Trial Captains Kiawe, Lana and Mallow. Sun must battle a powerful Totem Pokémon—but first he has to find it! Meanwhile, Moon searches for an elusive, mysterious berry…

What important lesson does Sun need to learn…?