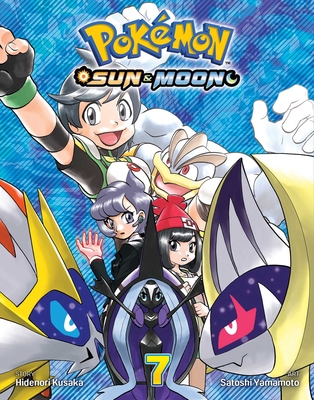 This is book number 7 in the Pokémon: Sun & Moon series.

International Police officers Looker and Anabel arrive on the scene and hire Sun to help them pursue the mysterious Ultra Beasts—and not a moment too soon, because the Ultra Beasts are attacking one island after another in the Alola region. And then, a group of Crabrawler steals Sun’s special berry!

What is the shocking secret of Anabel’s origin?