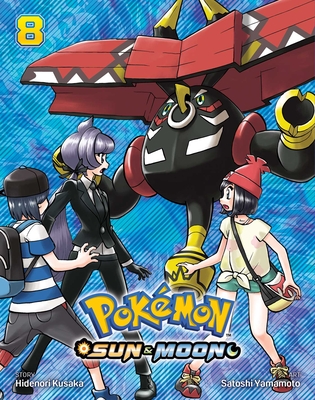 This is book number 8 in the Pokémon: Sun & Moon series.

It’s a showdown in Vast Poni Canyon to repel the invading Ultra Beasts! Sun and Moon must gain control of Legendary Pokémon Solgaleo and Lunala before Faba can use them to take over the Aether Foundation. And then a Trainer and Pokémon get dragged into a wormhole…

Why won’t Sun fight the Ultra Beasts alongside his friends?