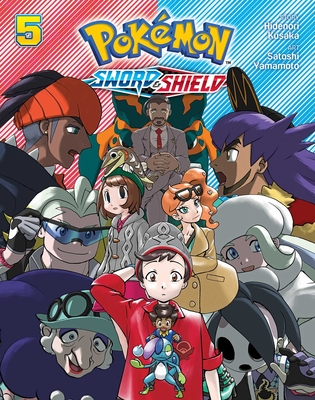 This is book number 5 in the Pokémon: Sword & Shield series.

The Gym challenges continue as Henry’s battle against Allister of Stow-on-Side rages on! Next, both Henry and Casey must prepare for a match against another powerful Gym Leader!

Will Henry and Casey ultimately be victorious against Opal of Ballonlea?!