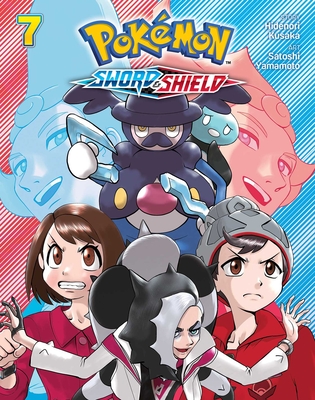 This is book number 7 in the Pokémon: Sword & Shield series.

Henry adds the Comedian Pokémon Mr. Rime to his team and names it Kayne. After a complicated but ultimately successful Gym battle, Henry and Casey head to Spikemuth, where they are confronted by two Pokémon who are obviously being controlled by someone.

Who are these two menacing new Pokémon Trainers?!