Sex, Society, and the Making of Pornography: The Pornographic Object of Knowledge (Paperback) 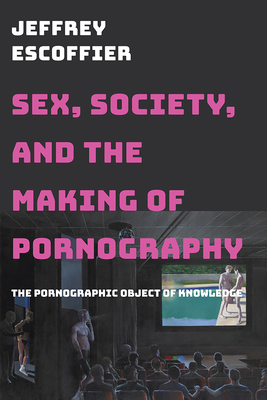 Hardcore pornographic films combine fantasy and real sex to create a unique genre of entertainment. Pornographic films are also historical documents that give us access to the sexual behavior and eroticism of different historical periods. This book shows how the making of pornographic films is a social process that draws on the fantasies, sexual scripts, and sexual identities of performers, writers, directors, and editors to produce sexually exciting videos and movies. Yet hardcore pornographic films have also created a body of knowledge that constitutes, in this digital age, an enormous archive of sexual fantasies that serve as both a form of sex education and self-help guides. Sex, Society, and the Making of Pornography focuses on sex and what can be learned about it from pornographic representations.

JEFFREY ESCOFFIER writes on the history of sexuality, pornography, and LGBTQ issues. He is a research associate at the Brooklyn Institute for Social Research.

“With Bigger than Life Jeffrey Escoffier had already proved himself the most informative and lively chronicler of the history of gay pornography. Now, against the background of this history, he turns his attention to the making of gay sexual fantasies to convincingly explain how the unfaked realities of sexual acts work to connect with fantasmatic sexual scripts to sell alluring performances.”
— Linda Williams

"Published as a collection in February, Sex, Society, and the Making of Pornography reflects some 25 years’ worth of interviewing on-and behind-camera talent."
— BLOOP

"Enlightening and even affordable."
— Lambda Literary

"While many might think of pornography as only a minor aspect, Escoffier offers a strong argument that hardcore pornography has been integral to the recent historical developments of sex and sexuality. Hardcore, it is claimed, is an archive of desires and the structural conditions that both propagate and constrain them."
— Gotham Center for New York City History

"Constructing the Pornographic Object of Knowledge: A Conversation between Whitney Strub and Jeffrey Escoffier"
— NOTCHES

"Engaging and accessible. This volume can serve as an excellent introduction both to Escoffier's work and the broader scholarship on pornography (gay, straight, and trans)."
— Gay & Lesbian Review