When The Side N*gga Catch Feelings (Paperback) 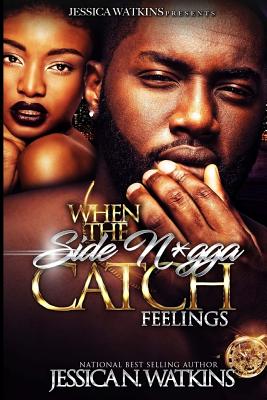 When The Side Nigga Catch Feelings is the story of two women who are unfaithful for two totally different reasons, yet wind up with the same catastrophic outcome. Meet Heaven: a young girl who is loving, submissive, and beyond appreciative of her husband, Ross. As a teenager, Heaven lived solely for her sister, Divine, and her daughter, Sunshine. Because her mother is mentally ill and her father ran off, Heaven had to do some unimaginable things just to feed the family. Then came Ross, and everything changed. He wasn't some filthy rich, dope boy that some young girls dream of, but Heaven felt like Ross was her blessing. Yet, Ross turned out to be a wolf wrapped decadently in sheep's clothing. Still, Heaven was willing to take the bad just to keep the good. The drama was all worth it for the luxuries of food, clothes, and shelter, not just for herself, but, more so, for Divine and Sunshine. And then there's Treasure. How is it that a woman can have a good man and still not be satisfied? Treasure is far from as submissive as her best friend, Heaven. As a teenager, Treasure had always been the type of girl to juggle two or three boys. Once she was older and met a real man, Vegas, she tried to commit. All of that went out of the window, though, when she met the one that allowed her to be the ride or die chick that she had always fantasied about being. Treasure isn't the only promiscuous woman in this story, however, because Heaven eventually succumbs to the wooing of a man that wants to treat her far better than her ain't-sh*t-husband. She knows that Ross deserves her infidelity. He had never been loyal or faithful to her. However, one thing he had never done was cheat on Heaven with someone in their circle. In this tale of lust, lies, and mayhem, Heaven fights with the feelings that she has for her side dude, while Treasure basks in hers. That is, until all hell breaks loose. These two side dude's that Heaven and Treasure have fallen for pretended as if they could play second to another man... until their feelings got in the way. Then, egos clash, bonds are broken, and, with two beasts like Vegas and Ross, a life is lost in this group's tight knit circle... all because these ladies chose wrong.