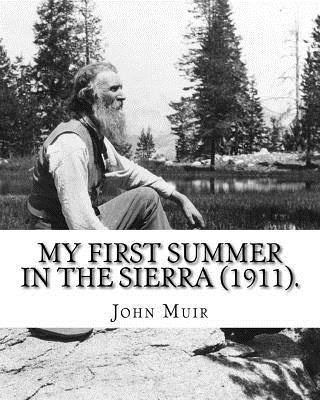 Hebert W. Gleason Photographs (The Writings of Henry David Thoreau 1906) On Herbert Wendell Gleason's (1855-1937) photographs accompanying The Writings of Henry David Thoreau (Houghton Mifflin, 1906): Mr. Gleason has made a careful study of all Thoreau's writings, including the manuscript Journal, and has explored with equal thoroughness the woods and fields of Concord, visiting the localities mentioned in the Journal and getting photographs, not only of the places themselves, but also of many of the fleeting phenomena of the natural year in the very spots where Thoreau observed them. He has even succeeded in identifying a number of localities described and named by Thoreau which had previously been unknown to any person now living in Concord. he has also followed Thoreau in his wider wanderings, and his portfolio includes views of Cape Cod, the Maine woods, and the banks of the Merrimack River. It will be apparent that Mr. Gleason's pictures are in the fullest sense illustrations of the text which they accompany.............. John Muir ( April 21, 1838 - December 24, 1914) also known as "John of the Mountains", was a Scottish-American naturalist, author, environmental philosopher, glaciologist and early advocate for the preservation of wilderness in the United States. His letters, essays, and books describing his adventures in nature, especially in the Sierra Nevada, have been read by millions. His activism has helped to preserve the Yosemite Valley, Sequoia National Park and many other wilderness areas. The Sierra Club, which he co-founded, is a prominent American conservation organization. The 211-mile (340 km) John Muir Trail, a hiking trail in the Sierra Nevada, was named in his honor. Other such places include Muir Woods National Monument, Muir Beach, John Muir College, Mount Muir, Camp Muir, Muir Grove, and Muir Glacier. In Scotland, the John Muir Way, a 130-mile-long route, was named in honor of him. In his later life, Muir devoted most of his time to the preservation of the Western forests. As part of the campaign to make Yosemite a national park, Muir published two landmark articles on wilderness preservation in The Century Magazine, "The Treasures of the Yosemite" and "Features of the Proposed Yosemite National Park"; this helped support the push for U.S. Congress to pass a bill in 1890 establishing Yosemite National Park. The spiritual quality and enthusiasm toward nature expressed in his writings has inspired readers, including presidents and congressmen, to take action to help preserve large nature areas.Today Muir is referred to as the "Father of the National Parks" and the National Park Service has produced a short documentary about his life. John Muir has been considered "an inspiration to both Scots and Americans". Muir's biographer, Steven J. Holmes, believes that Muir has become "one of the patron saints of twentieth-century American environmental activity," both political and recreational. As a result, his writings are commonly discussed in books and journals, and he is often quoted by nature photographers such as Ansel Adams. "Muir has profoundly shaped the very categories through which Americans understand and envision their relationships with the natural world," writes Holmes. Muir was noted for being an ecological thinker, political spokesman, and religious prophet, whose writings became a personal guide into nature for countless individuals, making his name "almost ubiquitous" in the modern environmental consciousness. According to author William Anderson, Muir exemplified "the archetype of our oneness with the earth", while biographer Donald Worster says he believed his mission was "...saving the American soul from total surrender to materialism." On April 21, 2013, the first ever John Muir Day was celebrated in Scotland, which marked the 175th anniversary of his birth, paying homage to the conservationist.....................