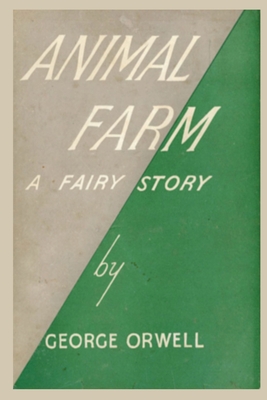 Animal Farm is an allegorical novella by George Orwell, first published in England on 17 August 1945. The book tells the story of a group of farm animals who rebel against their human farmer, hoping to create a society where the animals can be equal, free, and happy. Ultimately, however, the rebellion is betrayed, and the farm ends up in a state as bad as it was before, under the dictatorship of a pig named Napoleon.

According to Orwell, the fable reflects events leading up to the Russian Revolution of 1917 and then on into the Stalinist era of the Soviet Union. Orwell, a democratic socialist, was a critic of Joseph Stalin and hostile to Moscow-directed Stalinism, an attitude that was critically shaped by his experiences during the Spanish Civil War. The Soviet Union, he believed, had become a brutal dictatorship built upon a cult of personality and enforced by a reign of terror. In a letter to Yvonne Davet, Orwell described Animal Farm as a satirical tale against Stalin ("un conte satirique contre Staline"), and in his essay "Why I Write" (1946), wrote that Animal Farm was the first book in which he tried, with full consciousness of what he was doing, "to fuse political purpose and artistic purpose into one whole".