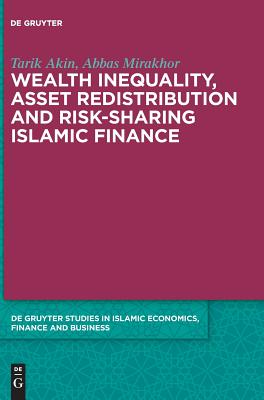 Wealth inequality has been not only rising at unsustainable pace but also dissociated from income inequality because of the fact that wealth is increasing without concomitant increase in savings and productive capital. Compelling evidence indicates that capital gains and other economic rents are mainly responsible for wealth inequality and its divergence from income inequality. The main argument of the book is that interest-based debt contracts are one of the drivers of wealth inequality through creating disproportional economic rents for the asset-rich. The book also introduces the idea of risk-sharing asset-based redistribution, which is a novel and viable policy proposal, as an effective redistribution tool to address the wealth inequality problem. Furthermore, a large-scale stock-flow consistent macroeconomic model, which is step by step constructed in the book, sheds light on the formation of wealth inequality in a debt-based economy and on the prospective benefits of implementing risk-sharing asset-based redistribution policy tools compared to traditional redistribution policy options. The research presented in this book is novel in many respects and first of its kind in the Islamic economics and finance literature.

Tarik Akin is Head of the Department of Participation Finance at Finance Office, Presidency of Turkey.His work experience also includes consultant positions at the United Nations Development Programme (UNDP), and Silatech-Qatar. He also worked as research assistant in the Center for International Development at Harvard University and INCEIF. Dr. Tarık has earned his bachelor's degree in economics from Bilkent University, master's degree in international development from Harvard University and PhD degree in Islamic finance from INCEIF. His research interests include Islamic capital markets, economics of inequality, redistribution policies, and SME finance. Abbas Mirakhor joined INCEIF in 2010 as Distinguished Scholar and the First Holder of INCEIF's Chair in Islamic Finance. His research interests include conventional and Islamic economics and finance. He is a graduate of the Kansas State University, USA, where he received his Bachelor, Master and PhD Degrees in Economics. In 1968, he started his academic career with University of Alabama, USA. Mirakhor has worked as a professor of economics at the University of Alabama, Alabama A&M University, and the Florida Institute of Technology. In 1984, he joined the IMF in Washington DC as an economist. He spent 24 years with the IMF, serving as the organisation's Executive Director and Dean of the Executive Board, retiring in 2008.