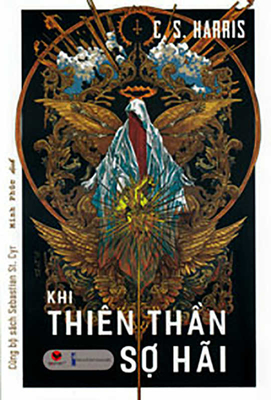 By C. S. Harris
This item is backordered and not currently available. Please contact us for an estimated availability date.

THE FIRST SEBASTIAN ST. CYR MYSTERY "The combined elements of historical fiction, romance, and mystery in this fog-enshrouded London puzzler will appeal to fans of Anne Perry."--Booklist It's 1811, and the threat of revolution haunts the upper classes of King George III's England. Then the body of a beautiful young woman is found savagely murdered on the altar steps of an ancient church near Westminster Abbey. A dueling pistol discovered at the scene and the damning testimony of a witness both point to one man: Sebastian St. Cyr, Viscount Devlin, a brilliant young nobleman shattered by his experiences in the Napoleonic Wars. Now a fugitive running for his life, Sebastian calls upon his skill as an officer during the war to catch the killer and prove his own innocence. In the process, he accumulates a band of unlikely allies, including the enigmatic beauty Kat Boleyn, who broke Sebastian's heart years ago. In Sebastian's world of intrigue and espionage, nothing is as it seems, yet the truth may hold the key to the future of the British monarchy, as well as to Sebastian's own salvation....