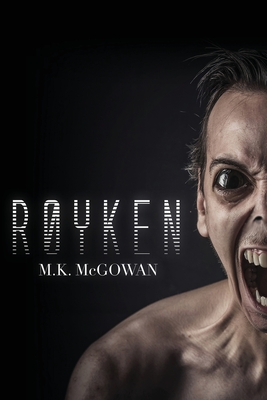 It began with a burst of light followed by a power cut. Sightings of demon-like creatures stalking in the forests soon gripped the small Norwegian town of R yken into believing there was something out to get them.

Dr. Adrian Hope was the first to discover something was wrong in the quiet town of R yken. To say he observed strange behaviour was an understatement. His elderly patient, crippled with brittle bones, poor eyesight and a handshake so weak she could barely crush paper, somehow had managed to murder two people, attack several men and had the young doctor fight for his life, all in a single evening.

Sadly, it would not end there. Soon the entire town would be the centre of media attention that would spread across the world. Inexplicable outbreaks of violence, murders and strange creatures lurking in the woods captivated and horrified the locals. Some tried to leave but found strict lockdown measures enforced by the Government meant everyone was now trapped in R yken, trapped with those creatures.

Locked inside the village, not knowing whether your neighbour would turn violent or if those creatures would emerge from the darkness, the only thing to do was survive...