For Whom the Bell Tolls (Paperback) 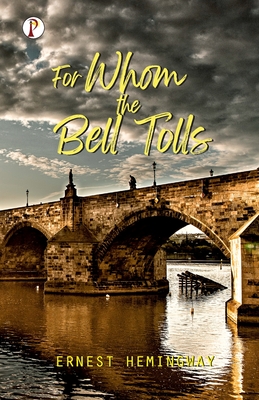 For Whom the Bell Tolls is a novel by Ernest Hemingway published in 1940. It tells the story of Robert Jordan, a young American volunteer attached to a Republican guerrilla unit during the Spanish Civil War. As a dynamiter, he is assigned to blow up a bridge during an attack on the city of Segovia. It was published just after the end of the Spanish Civil War (1936-1939), whose general lines were well known at the time. It assumes the reader knows that the war was between the government of the Second Spanish Republic, which many foreigners went to Spain to help and which was supported by the Communist Soviet Union, and the Nationalist faction, which was supported by Nazi Germany and Fascist Italy. In 1940, the year the book was published, the United States had not yet entered the Second World War, which had begun on September 1, 1939, with Nazi Germany's invasion of Poland. The novel is regarded as one of Hemingway's best works, along with The Sun Also Rises, A Farewell to Arms, and The Old Man and the Sea.