The Power of Your Subconscious Mind (Hardcover) 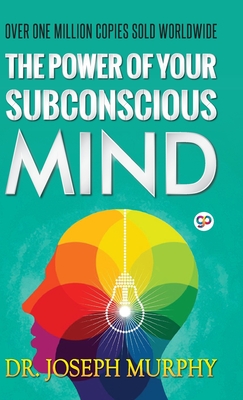 The Power of Your Subconscious Mind' has been a bestseller since its first publication in 1963, selling many millions of copies since its original publication. It is one of the most brilliant and beloved spiritual self-help works of all time which can help you heal yourself, banish your fears, sleep better, enjoy better relationships and just feel happier. The techniques are simple and results come quickly. You can improve your relationships, your finances, your physical well-being.

Dr Joseph Murphy explains that life events are actually the result of the workings of your conscious and subconscious minds. He suggests practical techniques through which one can change one's destiny, principally by focusing and redirecting this miraculous energy. Years of research studying the world's major religions convinced him that some Great Power lay behind all spiritual life and that this power is within each of us.

'The Power of Your Subconscious Mind' will open a world of success, happiness, prosperity, and peace for you.

Joseph Murphy was born in Ireland, the son of a private boy's school headmaster and raised a Roman Catholic. He studied for the priesthood and joined the Jesuits. In his twenties, an experience with healing prayer led him to leave the Jesuits and move to the United States, where he became a pharmacist in New York (having a degree in chemistry by that time). Here he attended the Church of the Healing Christ (part of the Church of Divine Science), where Emmet Fox had become minister in 1931.

In the mid 1940s, he moved to Los Angeles, where he met Religious Science founder Ernest Holmes, and was ordained into Religious Science by Holmes in 1946, thereafter teaching at the Institute of Religious Science. A meeting with Divine Science Association president Erwin Gregg led to him being reordained into Divine Science, and he became the minister of the Los Angeles Divine Science Church in 1949, which he built into one of the largest New Thought congregations in the country. In the next decade, Murphy married, earned a PhD in psychology from the University of Southern California and started writing. After his first wife died in 1976, he remarried to a fellow Divine Science minister who was his longstanding secretary. He died in 1981.