The Shoemaker's Son: The Life of a Holocaust Resister (Paperback) 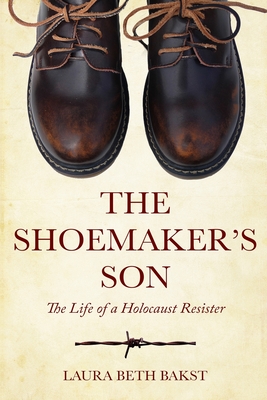 When the Soviet Union invaded Iwje, Poland in September 1939, David Bakszt's life was thrown into turmoil. His father's business was shuttered, his family was impoverished overnight, and his tight-knit community was disbanded. Though David did not know it at the time, a similar fate had befallen many Eastern European Jews, including the Silberfarb family in Serniki, Poland.

Then, the Nazis arrived.

From crowded ghettos and frigid forests to the battlefields on the Eastern Front, The Shoemaker's Son tells the true story of the Bakszts' and Silberfarbs' fights for survival, their struggles to rebuild in the aftermath, and the lives that they saved and lost in the process.

Written by a third-generation survivor, this book provides a sober but loving account of her refugee family's extraordinary resistance efforts against the Nazis, the survivors' remarkable ability to embrace life amid so much death, and the indelible impact left on them and future generations.