Sabine's Odyssey: A Hidden Child and her Dutch Rescuers (Paperback) 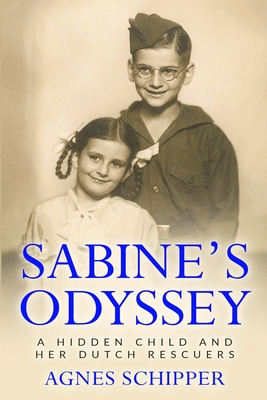 This is the story of Sabine Fr hlich and the harrowing experiences of her family during the Nazi regime - experiences she did not disclose to her children for decades. Sabine was raised as Catholic with her brother Andreas. As a result, she did not understand that the rapidly emerging antisemitic propaganda would be applied to her family, including her father, a decorated German WWI veteran. She first becomes aware of her Jewish heritage when her brother is not allowed to join the popular Hitler Youth. After Kristallnacht, her family flees Germany hoping for US visas, only to become trapped in the Netherlands when the Germans invade.

In June 1941, the Nazis seize her brother as hostage for an act of sabotage, deporting him to Mauthausen where he perishes within months. As the mass deportation of Jews from Amsterdam accelerates, Andreas' friends help Sabine and her parents find hiding places in the North Holland countryside where they live under false names and must move multiple times for their safety.

Sabine's Odyssey is a beautifully painful memoir written by Agnes Schipper in honor of her mother's life during World War II and of her father, a member of the Dutch Resistance. In it, Agnes retells the story of her mother's struggles during her hidden years. Yet this is not merely a story of struggle, but one of kindness, courage, and resistance. This memoir gives voice to those who stayed silent for years.