Flower of Vlora: Growing up Jewish in Communist Albania (Hardcover) 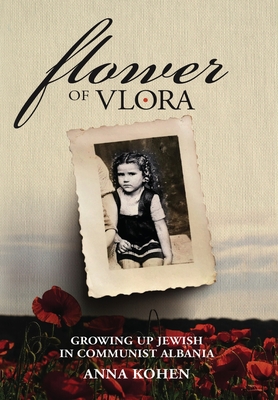 Covering the years 1938 through the present, Flower of Vlora is a funny and tense account of Anna Kohen's Romaniote-Jewish family in Albania and how they were saved from the Nazis by Muslim Albanians. Arriving in picturesque Vlora, Albania, just before WWII, Anna Kohen's family joined a small, Greek-speaking Romaniote Jewish community of merchants. They sold fabrics and had a dye works. During WWII, they sheltered with Muslim families as they hid from the Nazis, taking on Muslim names and pretending to be Muslim. Her family who remained in Greece, including all of her mother's family, were murdered in death camps.

Flower of Vlora then focuses on the Romaniote traditions of Dr. Kohen's family, which they had to celebrate in secret because of the Albanian dictatorship's repression of religion. Rendered stateless since they did not have any documents and would not join the Communist Party, the family had a bold scheme to leave Albania for the West, right under the eyes of the secret police. Kohen eventually became a dentist in Greece and then in New York City, learning the craft of dental implants from their inventor, and establishing her own thriving practice. Her life came full circle as President of the Albanian American Women's Organization, helping refugees, women and children, especially during the Kosovo War. Flower of Vlora is a must-read for Jewish, Albanian, Greek and Israel communities, and anyone interested in the history of the Jews in the Balkans.