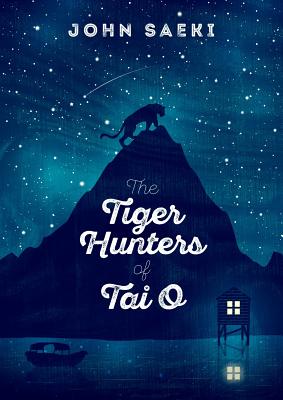 Hong Kong, 1954. The British colony was not yet ready to hear about a Eurasian policeman having an affair with the police commissioner's daughter. Simon Lee tasted swift punishment. He was banished to the far tip of a wild and distant island a stone's throw from Chinese waters - to Tai O, the ancient trading post where fishermen, salt-farmers and refugees were thrown together with spies, pirates and Triads. Dolphins swam the waters, eagles fished the sea, and some still believed that a tiger prowled the hills at night. It was a place haunted by history, where corpses had floated in the bay when Japanese troops occupied the police station, and everybody had a secret about what they did during the war. Life was unpredictable for the band of misfits that staffed Tai O Police Station. But when a stranger was murdered on a beach, accused of being a Communist spy, Lee found himself on a collision course with his masters in Central. Who had the dead man been working for? What did the secret agents know? Why was Central so eager to brush the execution aside? And who or what really was the 'tiger'?

John Saeki runs the graphics desk in the Hong Kong office of the newswire Agence France-Presse. When he is not composing explainers and factfiles on spy scandals, refugee crises and wildlife, he likes to explore the historical trails and villages of Hong Kong.