The Iliad and the Odyssey (Large Print / Paperback) 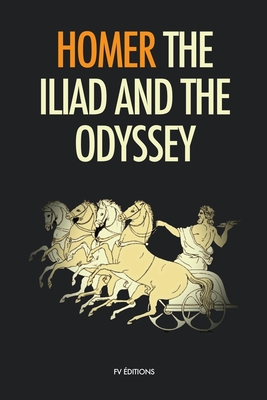 The Iliad and the Odyssey are two major ancient Greek epic poems attributed to Homer. They are among the oldest extant works of Western literature. Set during the Trojan War, the ILIAD tells of the battles and events during the weeks of a quarrel between King Agamemnon and the warrior Achilles. As for the ODYSSEY, The poem mainly focuses on the Greek hero Odysseus (known as Ulysses in Roman myth), king of Ithaca, and his journey home after the fall of Troy.