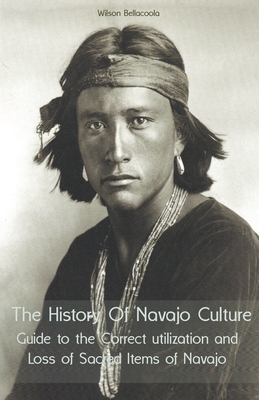 Centuries before Christopher Columbus landed in the Americas in 1491, Navajos were already settled in the Four Corners area of the Colorado Plateau.

From the cultural perspective, Navajos believe they came to their land by emerging through four worlds. They are currently residing in the fourth level, the "Glittering World."

Navajos are the second most populous of all Native American peoples in theUnited States, with some 300,000 individuals in the early 21st century, most of them living inNew Mexico, Arizona, and Utah.

The Navajo speak an Apachean language, which is classified in the Athabaskan language family. At some point in prehistory, the Navajo and Apache migrated to the Southwest from Canada, where most other Athabaskan-speaking peoples still live;. However, the exact timing of the relocation is unknown. It is thought to have been between 1100 and 1500CE. These early Navajo were mobile hunters and gatherers; after moving to the Southwest, however, they adopted many of the practices of the sedentary, farming Pueblo Indians near whom they settled.

In the early 21st century, many Navajo continued to live a predominantly traditional lifestyle, speaking the Navajo language, practicing religion, and organizing through conventional forms of social structure. Navajo men and women also continued the tradition of volunteering for the armed services at a high rate, perhaps as an expression of a cultural ethic that emphasizes personal competence and community.

Many Navajo continue to live in the area they settled centuries ago; in the early 21st century, their reservation and government-allotted lands in New Mexico, Arizona, and Utah totaled more than 24,000 square miles (64,000 square km). However, the region is mainly arid and generally will not support enough agriculture and livestock to provide a livelihood for all of its residents. Thousands earn their living away from the Navajo country, and appreciable numbers have settled on irrigated lands along the lower Colorado River and in such places as Los Angeles and Kansas City, Missouri.