The Collected Issues of the Irregular Newsletter Anomaly (Paperback) 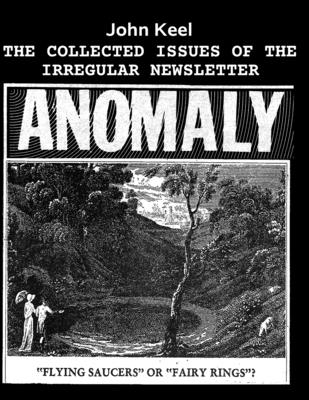 It is generally a good idea to return to the classics in any genre. This also goes for UFO literature. Rereading a book after ten or twenty years is a rewarding experience. You will discover new data and ideas you didn t notice before. The reason, of course, is that you are, in many ways, not the same person reading the book the second or third time. Hopefully you have advanced in knowledge, experience, intellectual and spiritual discernment. A good starting point is to reread the contactee classics of the 1950s,60s & 70s in order to understand the deeper mystery involved in what happened during that era. John Alva Keel, born Alva John Kiehle (March 25, 1930 - July 3, 2009) was an American journalist, Fortean researcher, and influential UFOlogist who is best known as author of The Mothman Prophecies. In 1967, Keel popularized the term "men In black" in an article for the men's adventure magazine Saga, entitled UFO Agents of Terror. According to Keel, he initially sought to explain UFOs as extraterrestrial visitations, but later abandoned this hypothesis. His third book, UFOs: Operation Trojan Horse, published in 1970, linked UFOs to supernatural concepts such as monsters, ghosts and demons. Keel used the term "ultraterrestrials" to describe UFO occupants he believed to be non-human entities capable of taking on whatever form they want.His 1975 book: The Mothman Prophecies was Keel's account of his investigation into alleged sightings in West Virginia of a huge, winged creature called "Mothman." The book combines Keel's account of receiving strange phone calls with reports of mutilated pets and culminates with the December 15, 1967, collapse of the Silver Bridge across the Ohio River. The book was widely popularized as the basis of a 2002 film of the same name starring Richard Gere. Between 1969 and 1974 John Keel, privately publised and distributed a little known "Irregularly Published Newsletter" which was never sold by subscription and oddly printed in the order of a book starting at page one and ending at page 217 with a last word by Keel. Amazing articles found within the magazine: Malcolm X's experience with a paraphysical gentleman in a black suit. Jaques Vallee recounts his amazing story of a possible Men in Black encounter back in Italy in 1952. William Burroughs article on Mind Control and rare articles written by John Keel himself. Also, we have included in the begining of this anthology of ANOMALY, Keel's article entitled: The Flying Saucer Sub Culture as author's introductory satement. ___ Copy and paste the link for our books: https: //saucerianbooks.blogspot.com/ ____