There Is No Fear (Hardcover) 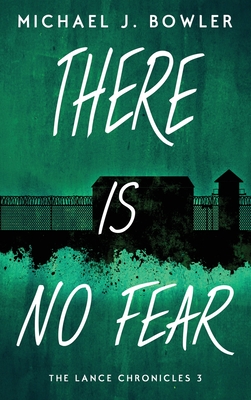 The most famous boy in the world is a prisoner. He's been charged with a crime that could send him to prison for the rest of his life. Languishing within the most secure juvenile facility in California--with the district attorney vowing to make an example of him--Lance must endure the daily indignities of incarcerated youth.

New Camelot is fractured without him. Ricky is bereft, while Arthur feels the loss of his son with a despondency that can't be quelled. Then there's Michael, the volatile teen who helped write the proposition that will change California forever. His instability may well threaten the lives of everyone at New Camelot.

As the election looms closer, Proposition 51 takes on an even greater significance in light of the pending trial. The more harshly Lance is treated within the broken justice system, the more he contemplates the wisdom of children having more adult rights. If The Child Voter Act becomes law, and fourteen-year-olds become "legal adults," might it simply allow real adults to throw more kids into prison?

Whichever way the voters decide, Lance's greatest fear remains the same: will he ever rejoin the people he loves?