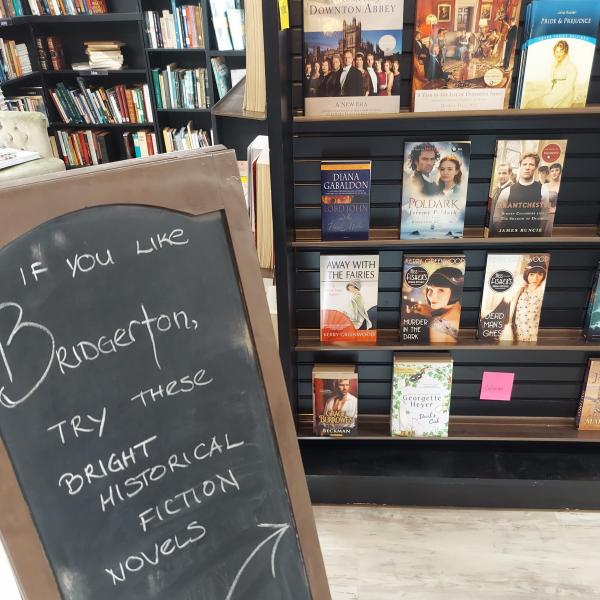 Suddenly, everyone is interested in Regency romance again! It’s no mystery that Bridgerton captured our imaginations with its lush sets, opulent costumes, and lavish soundtrack. The film adaptation of Julia Quinn’s romance series (which, by the way, has 13 books) hit just the right note – and we’re hungry for more.

But: it’s actually kind of hard to find “books like Bridgerton.” Sure, there are a gazillion regency romance novels (if you want to explore the genre, start with Georgette Heyer), but the real  joy here is the immersive nature of the experience. The audience is carried away by the flowers, the music, the silks, the intrigue – and the fireworks! (Both literally and figuratively.)

With that in mind, here are some book recommendations that I think reflect the spirit of the Bridgerton series (complete with happy endings).

If you haven't read Julia Quinn's novels yet, start with The Duke & I (first in the Bridgerton series), which was adapted for Season One of the show.

Beekeeping: Everything You Need to Know to Start your First Beehive (Hardcover)

Bridgerton [TV Tie-in]: The Duke and I (Bridgertons #1) (Mass Market)

The Country Diary of an Edwardian Lady (Hardcover)

The Country Housewife and Lady's Director, in the Management of a House, and the Delights and Profits of a Farm: Containing Instructions for Managing (Hardcover)

Common Butterflies of Florida (Other)