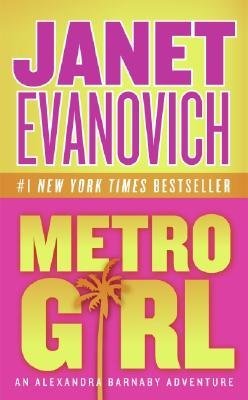 This is book number 1 in the Barnaby & Hooker Series series.

Alexandra Barnaby got the brains in her family. The little gray cells certainly bypassed Barney’s younger brother, Wild Bill. Now Bill’s missing, so Barney is dispatched to Florida in the middle of summer with the bugs and the heat and the bad-hair-day humidity. Barney’s thinking things can’t get too much worse as she makes the rounds of South Beach, unemployed and sunburned, following her brother’s trail of broken-hearted bimbos.

Too bad for Barney—she’s wrong about the getting worse part. Enter Sam Hooker. Somebody’s stolen his boat and the trail leads to—you guessed it—Wild Bill. Hooker decides to follow Barney and see if she can lead him to his boat.

In the world of Evanovich, Sam Hooker and Alexandra Barnaby, in their quest to reclaim what’s theirs, blast through Florida from Daytona straight on to Key West, exposing a plot to grab Cuban land and to lay waste the people involved. Cussing and tasteless sexual innuendo included.

Bestselling author Janet Evanovich is the winner of the New Jersey Romance Writers Golden Leaf Award and multiple Romantic Times awards, including Lifetime Achievement. She is also a long-standing member of RWA.

“The characters are breezy and spontaneous....Evanovich’s story has attitude.”
— Columbus Dispatch

“The action is lickety-split”
— Tulsa World

“Barney is Baltimore’s echo of Robert Parker....it’s all about hanging out with Metro Girl and NASCAR Guy.”
— Publishers Weekly

“This is a bright and breezy book, and a welcome change for Evanovich fans.”
— St. Louis Post-Dispatch

“Moves at a breezy pace, engaging the reader...fun in the Florida fast lane.”
— Boston Globe