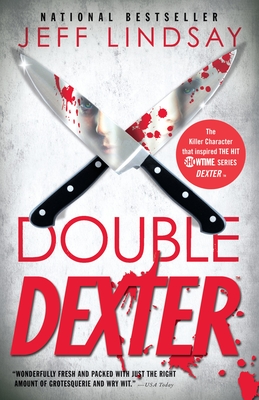 This is book number 6 in the Dexter Series series.

NATIONAL BESTSELLER • The Dexter series continues with a deadly duel with a copycat. • The Killer Character That Inspired the Hit Showtime Series Dexter

Dexter is displeased. Like any self-respecting, totally decent, soundly homicidal guy, Dexter Morgan takes great pride in his work and is careful to remain anonymous. So he is, naturally, upset to discover that someone has identified him and—worst of all—is now turning his own methods against him.

The situation soon becomes more complicated when a brutal cop-killer begins targeting Miami’s police detectives—leaving behind bodies that are battered beyond recognition—and stoking the department’s worst fears. As his colleagues grow more paranoid of the psychotic killer in their midst, Dexter’s position is increasingly perilous. He is running out of time to track down this copycat and deliver his usual special justice, before his dark hobby is revealed to the world.

JEFF LINDSAY is the New York Times bestselling author and creator of the Dexter novels, the inspiration for the hit Showtime and CBS series Dexter. He lives in South Florida with his wife and three children.

“Like a breath of fresh air blowing across all crime-novel conventions, there is Dexter.” —The Denver Post

“May be the first serial killer who unabashedly solicits our love.” —Entertainment Weekly

“This latest entry shows just how good a writer Jeff Lindsay is. . . . This great series keeps getting better.” —The Globe and Mail (Toronto)

“With chills like this, you can skip the air-conditioning.” —Time

“The best installment in the series to date. There are twists and turns galore, not to mention buckets full of dark and grim humor.” —Bookreporter

“Wonderfully fresh and packed with just the right amount of grotesquerie and wry wit.” —USA Today

“Just when you think (hope?) that the tired and rarely credible device of the serial killer next door has hit a wall, along comes a writer like Jeff Linday to prove you wrong. . . . So enjoyable.” —Chicago Tribune

“The real appeal of this macabre tour de force is Dexter’s sardonic voice, so snappy and smart, and yet so full of self-loathing that we hate ourselves for laughing.” —The New York Times

“All this ought to be gross nonsense but Jeff Lindsay’s cynical wit makes it fly.”—The Daily Telegraph (London)