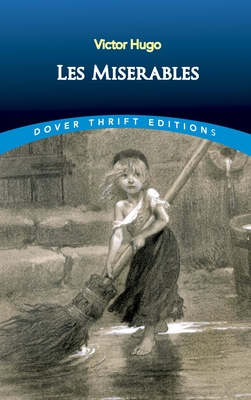 A thrilling tale of narrow escapes, romance in the midst of a revolution, and battlefield heroism, Victor Hugo's sprawling 1862 novel focuses on the Parisian underworld. Ex-convict Jean Valjean, who served 19 years in prison for stealing bread, attempts to redeem his life by helping the downtrodden. But his every move is dogged by the implacable policeman, Inspector Javert, whose relentless pursuit of a reformed criminal reflects a morally empty state that values retribution rather than justice.
One of the first modern novels, Les Mis rables took the unprecedented step of featuring a working-class hero and examining society's role in fostering crime and criminal behavior. Its portrait of altruism in the face of misery, poverty, and injustice is memorable for its vivid characterizations and its gripping plot, which unfolds in the manner of a detective story. An instant success around the world upon its initial publication, the book has inspired countless dramatic adaptations, including one of the world's longest-running musicals, and is routinely ranked among the top 100 novels of all time.

French poet, playwright, novelist, and activist, Victor Hugo is best known as the author of The Hunchback of Notre Dame. A leader of the French Romantic movement, he was one of the most prolific authors in history and his career reflects a turning point in French literature.