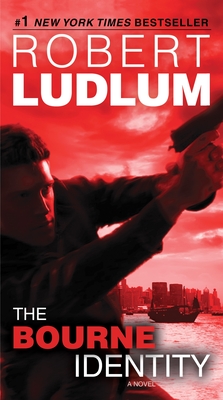 This is book number 1 in the Jason Bourne series.

His memory is a blank. His bullet-ridden body was fished from the Mediterranean Sea. His face has been altered by plastic surgery. A frame of microfilm has been surgically implanted in his hip. Even his name is a mystery. Marked for death, he is racing for survival through a bizarre world of murderous conspirators—led by Carlos, the world’s most dangerous assassin. Who is Jason Bourne? The answer may kill him.

“[Robert] Ludlum stuffs more surprises into his novels than any other six-pack of thriller writers combined.”—The New York Times

Robert Ludlum was the author of twenty-one novels, each a New York Times bestseller. There are more than 210 million of his books in print, and they have been translated into thirty-two languages. In addition to the Jason Bourne series—The Bourne Identity, The Bourne Supremacy, and The Bourne Ultimatum—he was the author of The Scarlatti Inheritance, The Chancellor Manuscript, and The Apocalypse Watch, among many others. Mr. Ludlum passed away in March, 2001.

“Ludlum stuffs more surprises into his novels than any other six-pack of thriller writers combined.”—The New York Times