Anne of the Island (An Anne of Green Gables Novel) (Paperback) 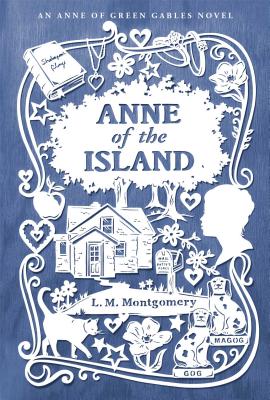 Anne Shirley is off to college in this artfully packaged edition of the third book in the Anne of Green Gables series.

Anne is finally off to Redmond College! While she’s sad to be leaving Marilla and the twins, she’s excited to finally become a full-fledged BA, and to embark on new adventures with the other Avonlea folks attending Redmond—a group that includes her friend Gilbert Blythe.

At Redmond Anne meets Philippa Gordon, a frivolous but charming girl who pulls Anne into the center of the Redmond social scene. As Anne becomes the object of several boys’ affection, she’s faced with numerous proposals she can’t possibly accept. Then Gilbert ruins everything by declaring his own feelings for her, and Anne worries that she’s lost one of her best friends…and possibly so much more.

This addition to the renowned Anne of Green Gables series makes a wonderful gift and keepsake.

Lucy Maud Montgomery (November 30, 1874–April 24, 1942) publicly known as L.M. Montgomery, was a Canadian author best known for a series of novels beginning with Anne of Green Gables, published in 1908. Anne of Green Gables was an immediate success. The central character, Anne, an orphaned girl, made Montgomery famous in her lifetime and gave her an international following. The first novel was followed by a series of sequels. Montgomery went on to publish twenty novels as well as 500 short stories and poems. Because many of the novels were set on Prince Edward Island, Canada and the Canadian province became literary landmarks. She was awarded Officer of the Order of the British Empire in 1935.