The Shadowglass (The Bone Witch) (Paperback) 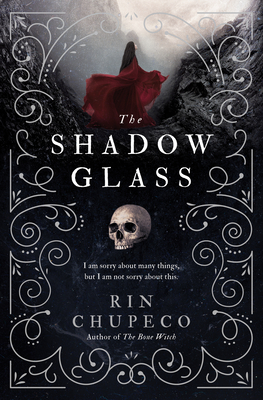 This is book number 3 in the The Bone Witch series.

The epic finale to The Bone Witch series! As Tea's dark magic eats away at her, she must save the one she loves most, even while her life—and the kingdoms—are on the brink of destruction. Perfect for readers of Leigh Bardugo's Ninth House and Holly Black's The Cruel Prince!

In the Eight Kingdoms, none have greater strength or influence than the asha, who hold elemental magic. But only a bone witch has the power to raise the dead. Tea has used this dark magic to breathe life into those she has loved and lost…and those who would join her army against the deceitful royals. But Tea's quest to conjure a shadowglass, to achieve immortality for the one person she loves most in the world, threatens to consume her.

Tea's heartsglass only grows darker with each new betrayal. Her work with the monstrous azi, her thirst for retribution, her desire to unmask the Faceless—they all feed the darkrot that is gradually consuming her heartsglass. She is haunted by blackouts and strange visions, and when she wakes with blood on her hands, Tea must answer to a power greater than the elder asha or even her conscience. Tea's life—and the fate of the kingdoms—hangs in the balance.

Thrilling and atmospheric, this bestselling series is perfect for readers looking for

Praise for The Shadowglass:

"A worthy conclusion to a story that is, at its core, about love and letting go." —Kirkus Reviews

Despite uncanny resemblances to Japanese revenants, Rin Chupeco has always maintained their sense of humor. Raised in Manila, Philippines, they keep four pets: a dog, two birds, and a husband. They’ve been a technical writer and a travel blogger but now make things up for a living. They are the author of The Girl from the Well, The Suffering, The Bone Witch trilogy, and the A Hundred Names for Magic trilogy. Connect with Rin at rinchupeco.com.