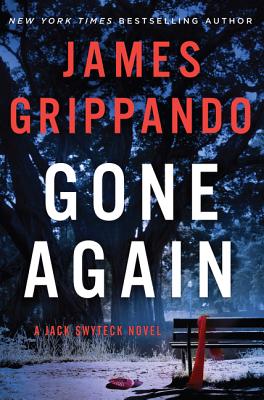 This is book number 12 in the Jack Swyteck Novel series.

Winner of the 2017 Harper Lee Prize for Legal Fiction

In this electrifying and fast-paced tale of suspense from the New York Times bestselling author of the acclaimed Cash Landing, Cane & Abe, and Black Horizon, Miami criminal defense lawyer Jack Swyteck takes on his first death-row client since The Pardon in a case as twisty as it is shocking.

Sashi Burgette vanished three years ago on her way to school. The night after the teenager’s disappearance, ex-con Dylan Kyle was stopped for drunk driving. An article of Sashi’s clothing was found in his truck, and a police videotape of his drunken explanation under interrogation sealed his fate at trial. Now, just days from Kyle’s execution, Sashi’s mother visits Jack Swyteck, doing pro bono work at the Freedom Institute, and delivers shocking news: “Sashi called me.”

The police dismiss the call as a cruel hoax. The State Attorney refuses to consider the new evidence, insisting the case is closed. The governor has already signed the death warrant. An innocent man may be executed and time is running out—unless his lawyers can locate Sashi.

A man of principle who believes in justice, Jack jumps into the investigation. But the deeper he digs the more he discovers that nothing is what it appears to be. Not the victim. Not her alleged killer. And definitely not Sashi’s parents, whose grief ruptured their marriage, each openly blaming the other for what happened to their daughter.

As their gut-wrenching and hopelessly conflicting version of events unfolds in a Miami courtroom, it becomes clear there is something even more difficult to find than a long-missing girl . . .

James Grippando is a New York Times bestselling author of suspense and the winner of the Harper Lee Prize for Legal Fiction. Twenty is his twenty-ninth novel. He lives in South Florida, where he is a trial lawyer and teaches law and literature at the University of Miami School of Law.

“Grippando has become a master at taking ‘ripped from the headlines’ events and turning them into involving thrillers.”
— Miami Herald

“Grippando pulls out all the stops as he leads the reader on a twisting tale of grief, obsession and the disintegration of a family.”
— Buffalo News

“James Grippando’s skill with suspenseful plots that tightly hold their believable secrets, revealing themselves bit by bit, ratchets up another level in the gripping Gone Again.”
— Dallas Morning News